The Complete Demise of the Evening News Shows

The last few days have left absolutely no doubt that the evening “news” shows that we used to turn to for “news” have completely disappeared. What makes matters worse is that they are not even PRETENDING any longer that they are news shows. Maybe that’s a good thing….but at least give us a little credit and remove the word “news” from the title and replace it with the NBC or CBS Nightly Entertainment Program.

This week MOST of the NBC Evening News program has been devoted to interviewing athletes who competed during the Olympics in South Korea. Long interviews. Now, I think giving a quick rundown of the medal count at the end of the news program is fine. It’s not really news…its Sports and Entertainment, but people are interested in medal counts.

The typical evening news program, when you subtract commercial time and the feel good segment tacked on to the end, has around 20 minutes that’s supposed to be devoted to “news”. Think about this…all the happenings both nationally and around the entire world are only given a scant 20 minutes. Twenty minutes! So, why does #Lester Holt feel it necessary to take at least 2/3rds of that time to interview an athlete about how she didn’t finish her breakfast sandwich that morning and then present her ice cream and give us the unbridled opportunity to watch her eat it? And then follow up that story with another lengthy Olympic participant interview. And then more Olympic coverage.

This is the content the NBC News division thinks should be taking up their NEWS half hour (20 minutes)….even though they have hours and hours and hours of television time devoted to the Olympics….right after the NEWS!!!! Who’s running their news department? They couldn’t take those interview clips and show them during the Olympic coverage that dominates their channel for the rest of the night? Or maybe all national and world news magically comes to an end…doesn’t even happen…when the Olympics are held because everyone, including ISIS, the middle east, Boko Haram, etc are all riveted to what the athletes are eating so they aren’t actually making any news?

Then we have CBS. Their idea of real news, this is what they are putting on their version of the evening News Program, are clips of Omarosa filmed during her Celebrity Big Brother show. Who really thinks that ANYTHING anyone ever said on a “REALITY” show should ever be considered as NEWS????? Guess what, folks…there is no reality in a reality show. They are by design staged…do you think that the producers of a reality show would spend all kinds f money to send camera crews out to film nothing? Something has to happen….they have to have a show, no matter what. And…ABC News didn’t do this for only one evening news program, they showed Big Brother clips during several evening news shows. Really? Big Brother? I feel sorry for #John Dickerson. He left Face the Nation for this?????

I had completely given up on the news segments of the morning shows years ago. They evolved into complete celebrity fluff and teenage band segments with 5 or 10 minutes of news at the most. Sadly, now the evening news has succumbed to the same celebrity drivel.

I would rather listen to Lowell Thomas, Edward R, Murrow, and Walter Cronkite roll over in their graves than hear the watered down nonsense that the major networks are trying to pass off as “news.”

When I was researching for my book The Peacock Prophecy, I based a lot of Edward Van Dyke’s history on The Davenport Brothers. Read more about their interesting life – https://en.wikipedia.org/wiki/Davenport_brothers

Posted on November 15, 2017 by Hurricane River Publishing
Posted in Uncategorized | Leave a comment

Mystery, Supernatural, and Thrillers to

Heading Over To The Space Coast Book Lovers Convention 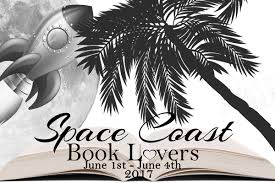 I’m heading over to the Space Coast Book Lover’s Convention this morning. I’m part of an activity this afternoon, and tomorrow I will be selling and signing books. This is a big event. They are planing for around 70 authors. If you are in the area (Cocoa Beach) stop by and say hello!

How It All Got Started! Listen To The Fi

Posted on May 21, 2017 by Hurricane River Publishing

How It All Got Started! Listen To The First Stephen Moorehouse Mystery for Free